2023 is here and while I would love nothing more than to say that everything is awesome in the security world, I would be lying to all of you if I said there were no data breaches in the month of December.

While most people usually wind down and enjoy the holiday season with family in December, the top dogs at the companies below probably had nothing but stress on their minds.

Let’s dig in and see what mistakes were uncovered this month.

Well this is a little awkward, isn’t it? Given that LastPass is a password manager, one would think that they would have strong measures in place to protect their consumer’s privacy; however, that does not seem to be the case. In a company notice, LastPass writes: “we recently notified you that an unauthorized party gained access to a third-party cloud-based storage service, which LastPass uses to store archived backups of our production data.” The threat actor copied information from a backup source that contained basic customer account information and related metadata including company names, end-user names, billing addresses, email addresses, telephone numbers, and the IP addresses from which customers were accessing the LastPass service. The company continues to explain that “the threat actor was also able to copy a backup of customer vault data from the encrypted storage container which is stored in a proprietary binary format that contains both unencrypted data, such as website URLs, as well as fully-encrypted sensitive fields such as website usernames and passwords, secure notes, and form-filled data. These encrypted fields remain secured with 256-bit AES encryption and can only be decrypted with a unique encryption key derived from each user’s master password using our Zero Knowledge architecture. As a reminder, the master password is never known to LastPass and is not stored or maintained by LastPass.” It is important to note that many organizations and their employees use LastPass to store passwords. If you were not aware of this incident, it is time you look into protecting your accounts and changing your passwords.

When I found out about yet ANOTHER Uber breach, my reaction was a deep sigh of frustration. This time the breach resulted from a compromised third-party vendor. BleepingComputer reported about the incident and shared that “a threat actor named ‘UberLeaks’ began leaking data they claimed was stolen from Uber and Uber Eats on a hacking forum known for publishing data breaches. One of the documents seen by BleepingComputer includes email addresses and Windows Active Directory information for over 77,000 Uber employees. While BleepingComputer initially thought this data was stolen during the September attack, Uber told BleepingComputer it believes it is related to a security breach on a third-party vendor.” After further investigations, Uber later shared with BleepingComputer that the threat actor stole its data in a recent breach on Teqtivity, which Uber uses for asset management and tracking services. Teqtivity informed that the threat actor was able to access device information such as serial number, make, models, and technical specs. Additionally, user information such as first name, last name, work email address, and work location details were accessed.

I’ll be the first to admit that Five Guys is irresistible – especially on a cheat day. So of course I hate to be the bearer of bad news here, but alas, it has to be said. On December 29, 2022, Five Guys released a statement confirming a breach that occurred in September 2022 that exposed sensitive customer data by an unauthorized party who accessed a file server. The company writes: “The investigation identified unauthorized access to files on our file server that occurred on September 17, 2022. We conducted a careful review of those files and, on December 8, 2022, determined that the files contained information submitted to us in connection with the employment process.” Stolen data would include employee personally identifiable information (PII) such as names, social security numbers and driver’s license numbers. We see this time and time again where threat actors access sensitive information and companies do not inform victims until months later. In those months, the attackers can commit identity and credit fraud and sell user data on the dark web. That is one of the reasons why Findings is so useful – we continuously monitor your systems and the dark web to make sure that if an incident like this does ever occur, it will not take you months to find out.

For those who are unaware, Sequoia is a popular benefits and payroll management company. In a company notice, they stated: “Sequoia Benefits and Insurance Services LLC (“Company”) recently became aware that an unauthorized party may have accessed a cloud storage system that contained personal information provided in connection with the Company’s services to its clients, including your employer or, if you are a dependent, your family member’s employer.” Information accessed by the unauthorized party consists of personal information including demographic information such as name, address, date of birth, gender, marital status, employment status, social security number, work email address, member ID, wage data for benefits, attachments that may have been provided for advocate services, ID cards, and any COVID test results or vaccine card that may have been uploaded.

Social Blade is an analytics platform that provides statistical data for numerous social sites such as YouTube, Twitter, Twitch and Instagram. They confirmed that they suffered a data breach after their database was breached and put up for sale on a hacking forum. Social Blade monitors tens of millions of social media accounts and the hacker claims to have obtained 5.6 million records. The sample data that was posted by the hacker also suggests that many of the records contain user information. Users online were quick to share an email that was apparently sent privately to affected users. In the email, Social Blade confirms the breach and reports that the affected data includes email addresses, IP addresses, password hashes, client IDs and tokens for business API users, and authentication tokens for connected accounts. Other non-personal and internal data was also compromised. Roughly 0.1% of users also had their addresses leaked, but credit card information was not exposed. A similarity we see here in comparison to other breaches is that this was not Social Blade’s first breach. In 2016, the company also confirmed that it suffered a breach. Let’s see if the most recent breach will be the push they need to better protect their company and prevent future attacks.

Now that we are in 2023, we hope that companies will take the necessary steps to protect their systems. Findings has a few New Year’s resolutions we recommend companies take on to ensure that they are protecting their employees and consumers. 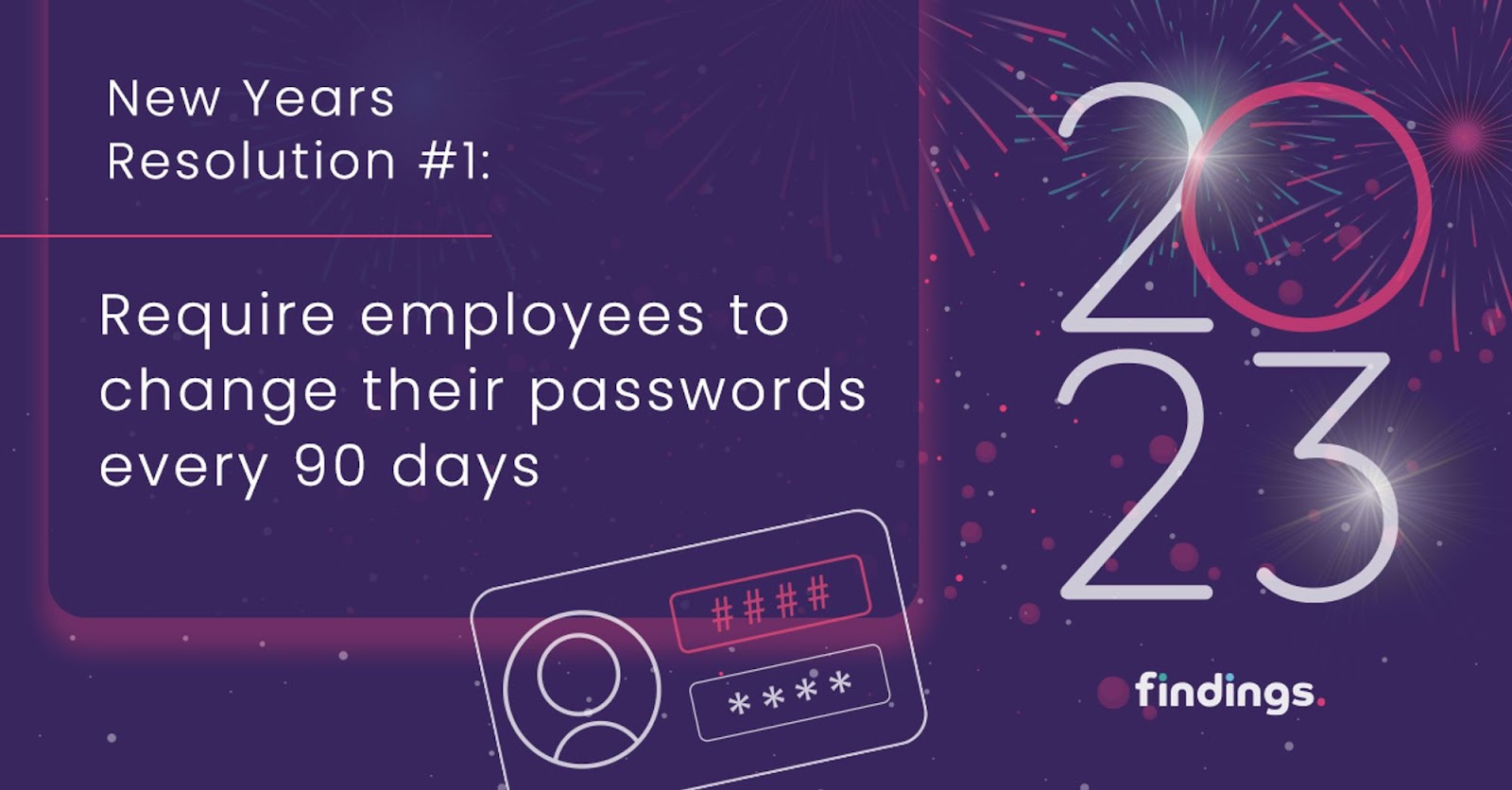 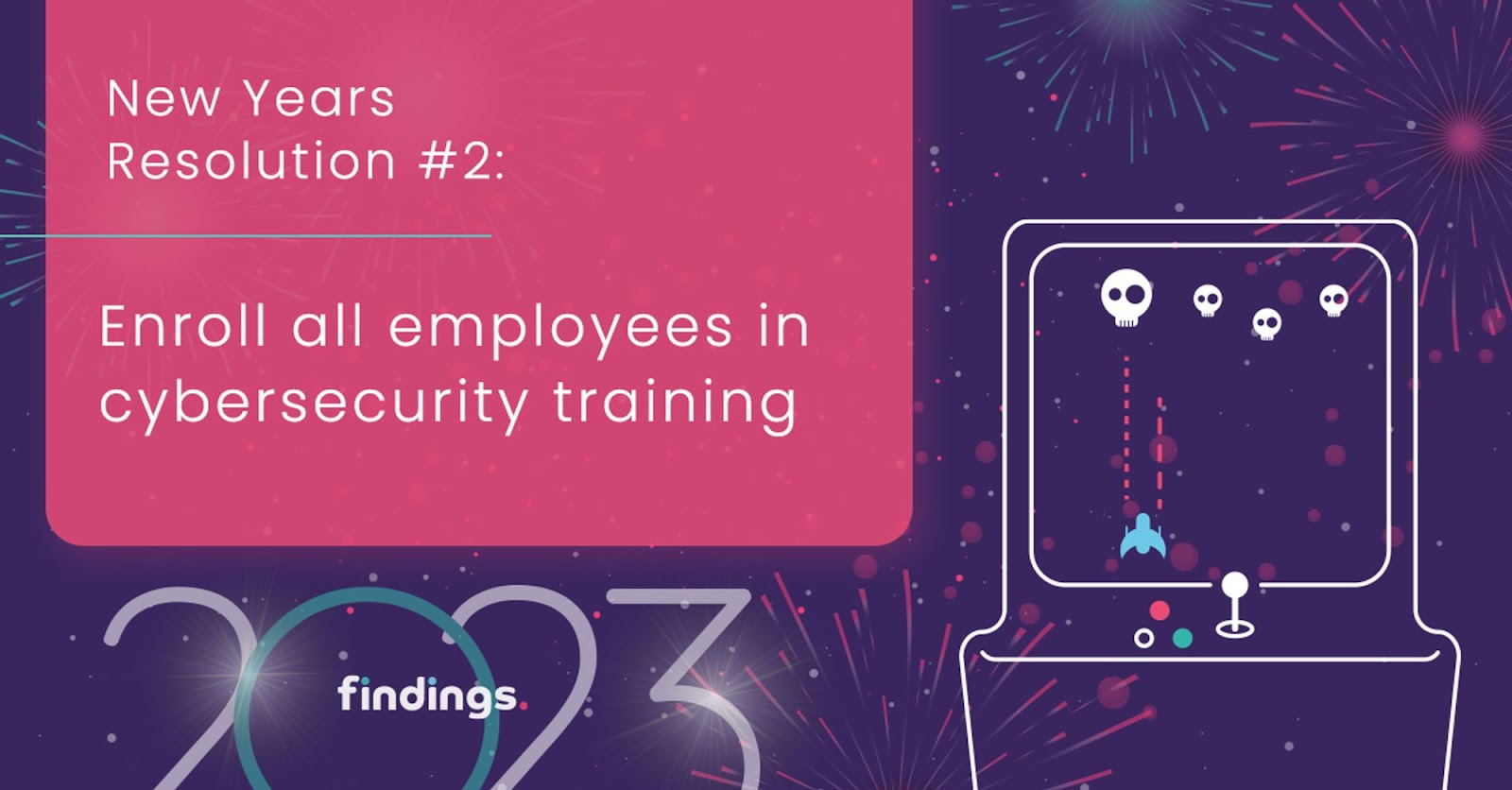 With an increase in cyber attacks being committed against supply chains, it’s vital that every business implements mandatory cybersecurity training programs. Having employees that are aware of all things cyber security is beneficial in minimizing the risks associated with cyber attacks. 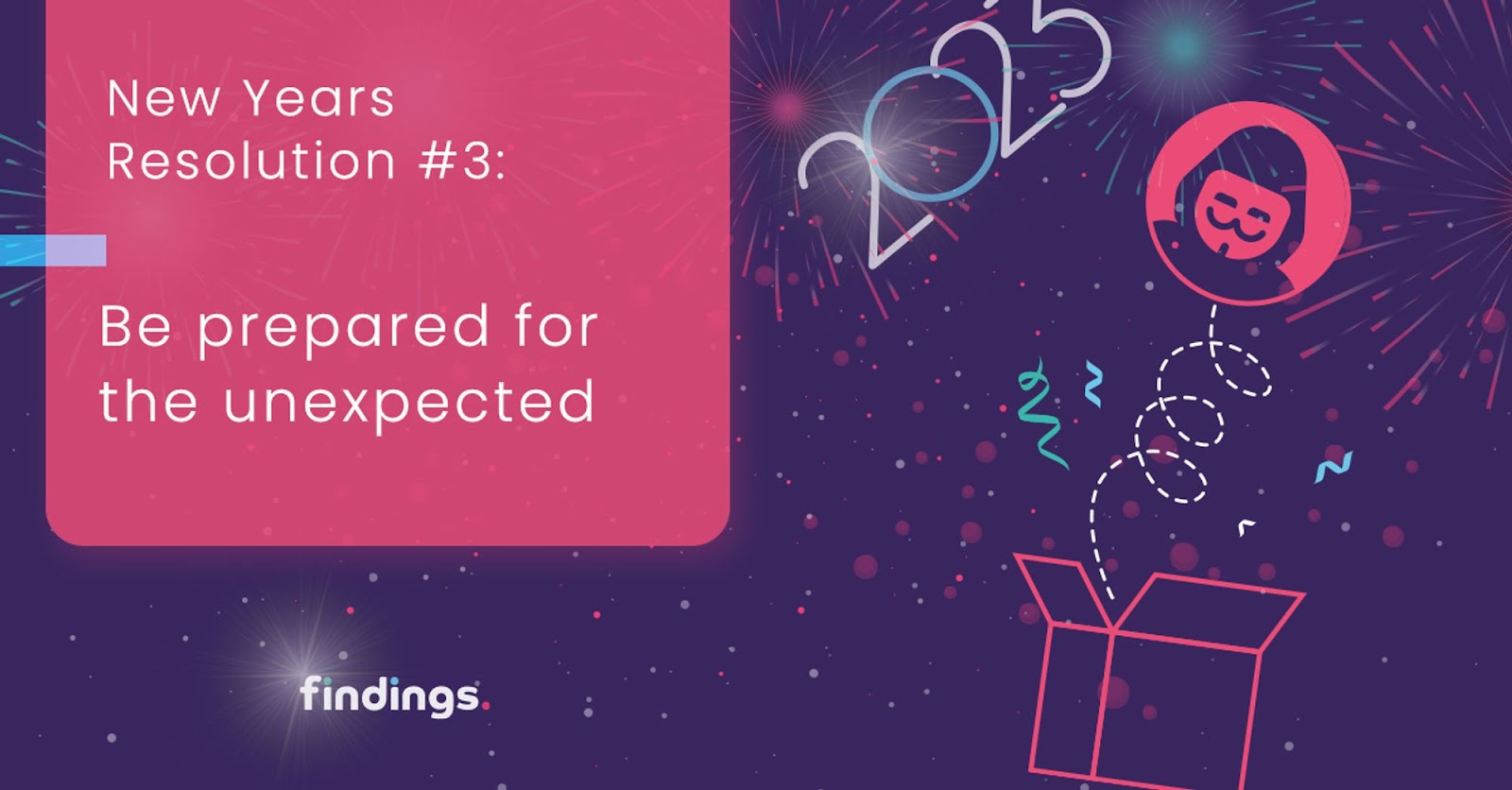 Staying vigilant and continuously assessing potential risks in your supply chain is an essential New Year’s Resolution that companies need to follow in 2023. 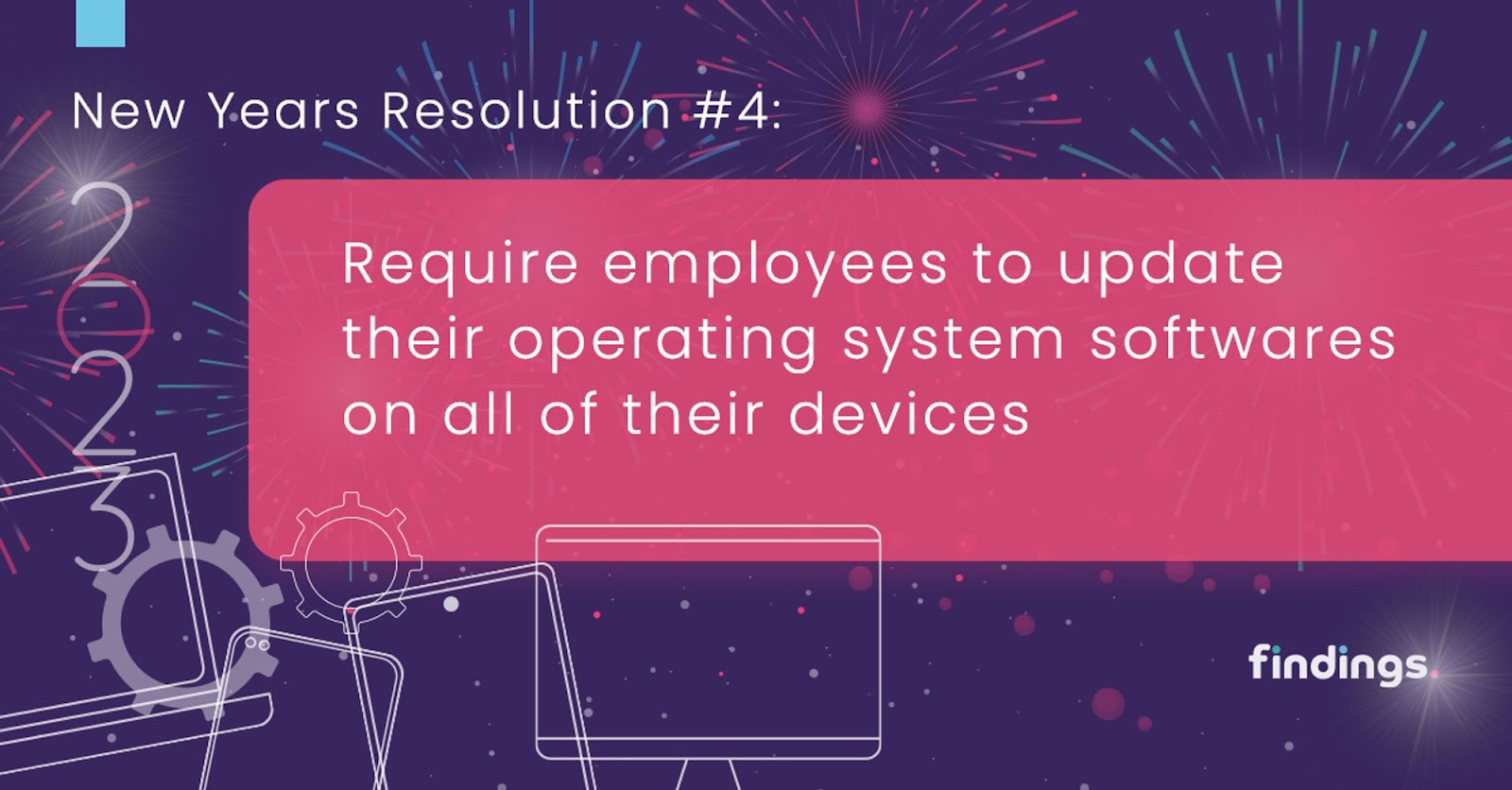 Updates are usually required for a reason, and many times it’s for security reasons. When systems are up to date, it makes it harder for hackers to attack and find loopholes in the system. 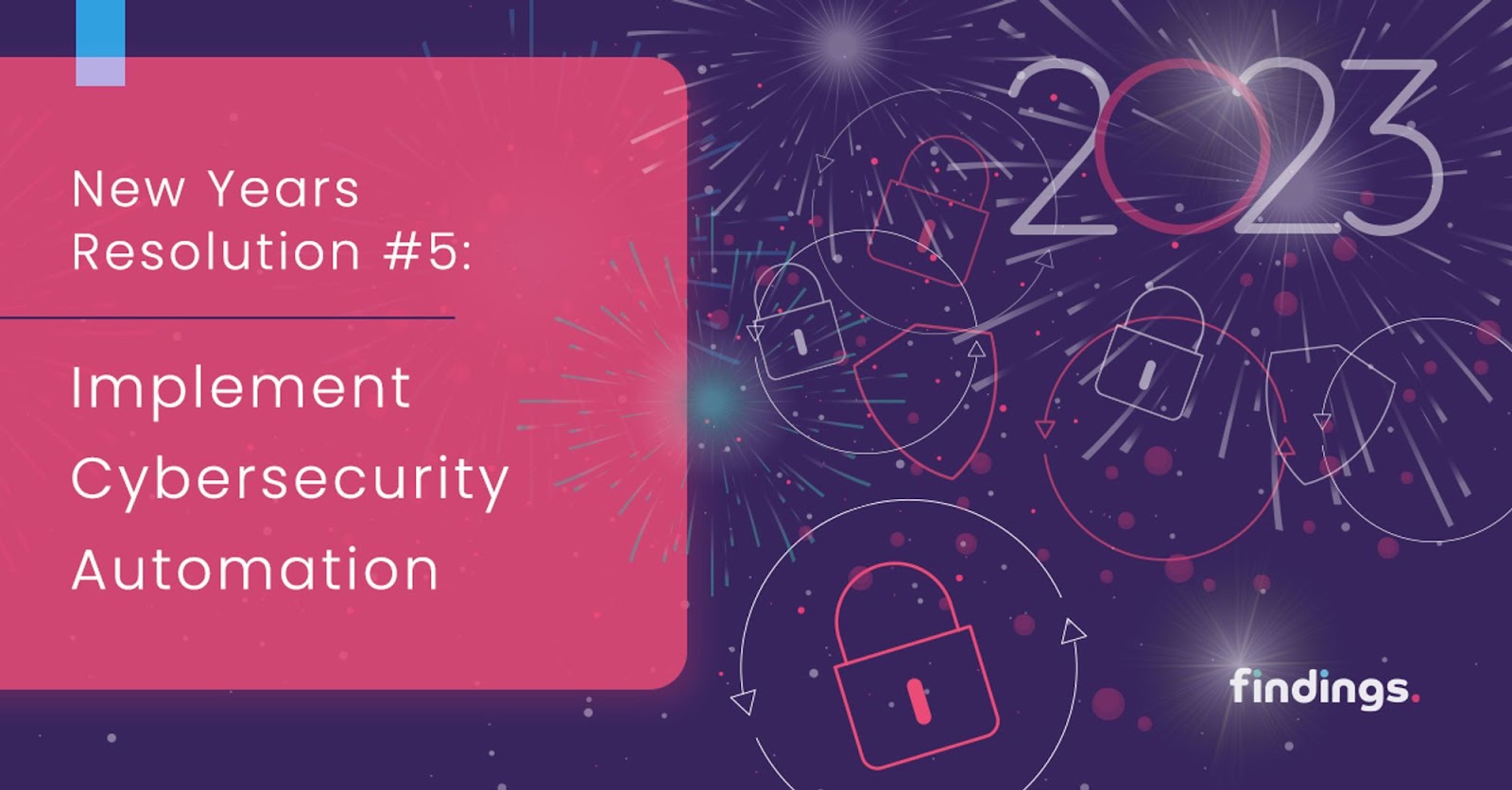 If you haven’t heard of our continuous monitoring solution, you may want to consider looking into it.

Andddd that’s a wrap for this month!

Findings wishes you all a happy and healthy New Year.

Findings blog is the place for VRM, compliance, risk and all related – your involvement is valued!